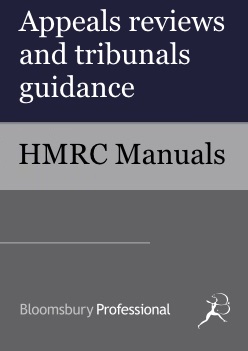 As part of a wider programme of tribunal reform led by the Tribunals Service of the Ministry of Justice, the Tribunals, Courts and Enforcement Act 2007 (“TCEA”) created a new tribunal system to replace some 70 tribunals dealing with a wide range of matters.

TCEA put in place a framework for a new two-tier tribunal system with specialist Chambers handling particular types of appeal.

From 1 April 2009 one of these, the Tax Chamber, brings together matters previously heard by the General and Special Commissioners, the VAT & Duties Tribunal and the ITA 2007, s 704 and Section 706 ICTA 1988 tribunals.

Tax credits, child benefit and non-tax child trust fund appeals were transferred to the Social Entitlement Chamber of the new tribunal on 3 November 2008. Tax credit appeals will transfer into the Tax Chamber once the reforms have bedded down.

From 1 April 2009, at the same time as appeals against HMRC tax decisions transferred into the Tax Chamber, HMRC introduced a new statutory review process; see ARTG4000 onwards for appealable tax decisions, with the aim of resolving disputes more quickly and cost- effectively.

As well as appeals, applications formerly made to the previous tax tribunals are made to the new tribunal, see ARTG8000.