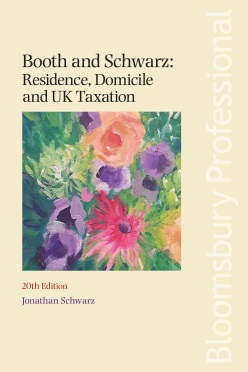 A new chapter, detailing the new SDLT rules for non-resident purchasers in England and Northern Ireland from 1 April 2021. A higher rate of SDLT now applies to non-resident purchasers. In introducing this change to the rates, the Treasury rejected the use of the existing Statutory Residence Test. This chapter describes how the residence rules in relation to SDLT will apply to individuals, companies, collective investment vehicles and trusts, settlements and similar arrangements.

For nearly 30 years, this work has provided authoritative, in-depth guidance on the law of residence, including most recently the Statutory Residence Test.

Since the previous 19th Edition, the proposed changes to domicile and deemed domicile legislation, due to be enacted in April 2017, were omitted from the first Finance Bill of 2017 but then re-introduced and backdated in the Finance 2017-19 Bill, published in September 2017.

This edition provides detailed analysis of this legislation, with regard to the deemed domicile rules, changes to remittance basis and overseas companies with UK residential property which now come under scope of IHT. It also includes further amendments to deemed domicile for capital gains tax and income tax, in line with the Finance 2017-19 Bill and reflects further changes as a result of the Finance Act 2018.

Commentary on important new case law is included, such as:

Trustees of the P Panayi Accumulation & Maintenance Settlements v Commissioners for Her Majesty's Revenue and Customs (Case C‐646/15) regarding change of trust residence and EU law.

Jonathan Schwarz BA, LLB (Witwatersrand), LLM (UC Berkeley), FTII is an English Barrister at Temple Tax Chambers in London and is also a South African Advocate and a Canadian Barrister. His practice focuses on international tax disputes as counsel and as an expert and advises on solving cross-border tax problems. He is the author of Schwarz on Tax Treaties (CCH) and Booth and Schwarz: Residence, Domicile and UK Taxation 16th Edition (Bloomsbury) among other publications and a contributor to Transfer Pricing and Business Restructurings: Streamlining all the way (IBFD). He is a visiting Professor at the Faculty of Law, King's College London University. He has been listed as a leading tax Barrister in both the Legal 500 by reference to recommendation for international corporate tax, and Chambers' Guide to the Legal Profession by reference to international transactions and particular expertise in transfer pricing. The Legal 500 has commented that 'Jonathan Schwarz is a client favourite, particularly for international transactions.' In the Chambers 2011 he is commended for his 'encyclopaedic knowledge of double tax treaties'. See www.taxbarristers.com for details.