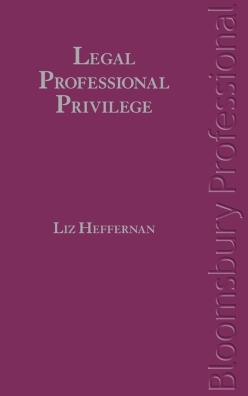 Having a thorough and clear understanding of legal professional privilege is essential to every Irish legal practitioner, but until now there has been no comprehensive guide to the subject. Legal Professional Privilege provides the first in depth treatment of this, the most prominent of evidentiary privileges, which entitles a client to withhold relevant information from disclosure in legal proceedings.

A range of issues relating to privilege are discussed including the role of privilege in discovery and disclosure and the circumstances in which privilege may be waived.

There are countless cases that have impacted on the law in this area. Legal Professional Privilege ensures you are fully up to speed with the latest developments and their implications.