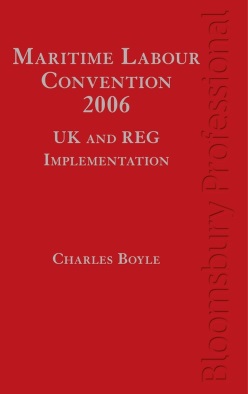 Since the International Labour Organisation's Maritime Labour Convention, 2006 (MLC) came into force internationally on 20 August 2013, it has already been amended, and a further two sets of amendments have been agreed and are expected to come into force in 2019 and 2020.

Maritime Labour Convention, 2006 – UK and REG Implementation sets out in detail how the UK, Bermuda, Cayman Islands, Gibraltar and the Isle of Man (being the members of the Red Ensign Group (REG) which are subject to the MLC) have implemented the Convention. Specific references are given to the laws, merchant shipping notices and guidance, as well as identifying the areas where implementation is permitted by way of collective agreements.

As the MLC sits in the context of the wider international regulatory regime, it expressly endorses the application of other international instruments and standards, particularly those of the International Maritime Organisation. Furthermore, many of the MLC's mandatory provisions have been incorporated into EU Directives, which are relevant to the UK and Gibraltar. These international and regional provisions are also referenced.