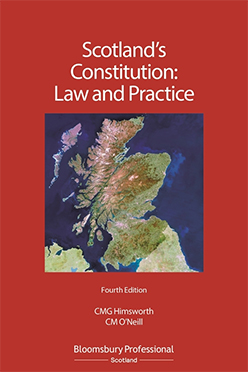 A clear, comprehensive account of Scottish constitutional law within its UK and European context.

It describes and analyses constitutional arrangements while integrating that analysis with a general background to constitutional law and the UK institutions which have a continuing relevance for the government of Scotland.

The fourth edition has been fully updated throughout and includes: