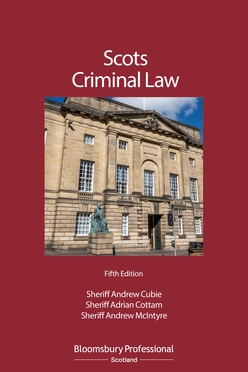 Written by an expert team of authors, this clear and comprehensive guide explains all the basic principles relating to Scots criminal law, taking account of ongoing changes in substantive law, including the continuing influence of human rights.

This well-established text is an essential reference source for both law students and legal practitioners and includes coverage of:

The main common law and statutory offences are covered under the following sections: