A User’s Guide to Patents 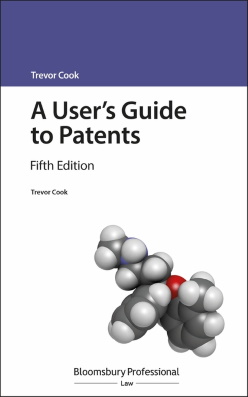 A User’s Guide to Patents

A User's Guide to Patents, Fifth Edition provides guidance on the areas of European and UK patent law and procedure that are most important in day-to-day practice.

This new edition sets out how patents can be obtained, exploited and enforced and addresses wider public policy aspects of patents and their economic significance, as well as past and likely future trends that affect legal practitioners. It is essential reading for IP practitioners, solicitors and barristers, patent attorneys, in-house lawyers, management executives and inventors.

Addresses wider public policy aspects of patents and their economic significance, as well as past and likely future trends in the field, both in Europe and internationally

The following relevant developments are included:

The degree to which new types of plant, produced by using certain modern biotechnological techniques, can be patented in the light of the exclusion for 'products obtained by essentially biological processes' and the ongoing controversy as to this between the EPO, the EPO Boards of Appeal and the EU

The Unjustified Threats Act 2017 and other procedural developments, such as those involving Arrow type declarations of obviousness