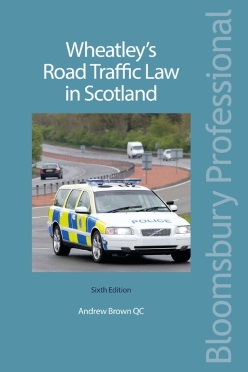 Wheatley's Road Traffic Law in Scotland is a highly regarded source of reference for all those involved in the detection and prosecution of road traffic offences with all the relevant law and authority presented in a clear and accessible style.

The sixth edition of this authoritative text has been updated to reflect the many legislative changes brought into force since the Road Safety Act 2006.

This edition updates case law and takes account of the focused priorities of Police Scotland and guidance by the Lord Advocate on matters such as careless driving.

Consideration is also given to statutory changes given further devolution of power under the Scotland Act 2012.