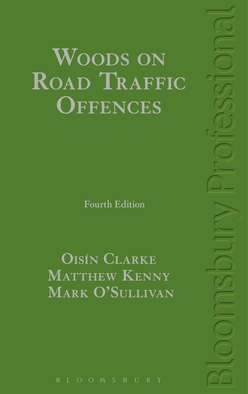 Road Traffic Offences are by far the most prosecuted type of criminal offence in the Courts of Ireland. Woods on Road Traffic Offences provides a single of point of reference for road traffic law, covering the investigation, prosecution and the hearing of offence cases.

The book covers a wide range of topics including detecting traffic violations, careless driving, parking and obstruction offences, and lighting of vehicles. These are set out in a straightforward and helpful manner. The statutory provision is set out along with the potential penalties and possible defences.

The relevant cases, legislation and Acts covered include: