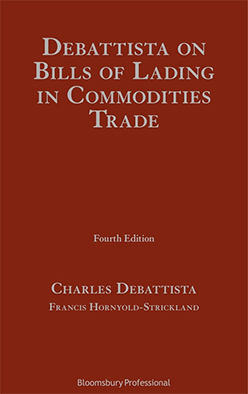 The third edition of Professor Charles Debattista's well-respected book takes a unique look at the sale of goods carried by sea under bills of lading It looks at the document as an instrument of international trade, concentrating on the different things that sellers, buyers and banks want out of bills of lading. It also looks at the practical and legal problems which arise when the sale, carriage and letter of credit contracts do not agree on what the bill of lading should look like.

Since the last edition several cases have come to the English courts re-examining fundamental practical problems with bills of lading:

Important changes since the last edition: