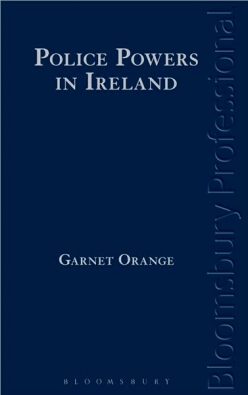 Police Powers in Ireland covers everything a practitioner needs to know about police powers. There is no closer tie to criminal law than the powers of the police in the country. The book is a practical every-day guide and is useful to people who practise in the area as it refers to cases not cited elsewhere. It starts with the history of the force, their duties and powers. Then it details the importance of human rights (liberty, property rights, privacy, right to silence, rights of detained persons); the interpretation of legislation regarding police powers and the limitation of those powers; the relationship between the police and the public; and arrest and detention.